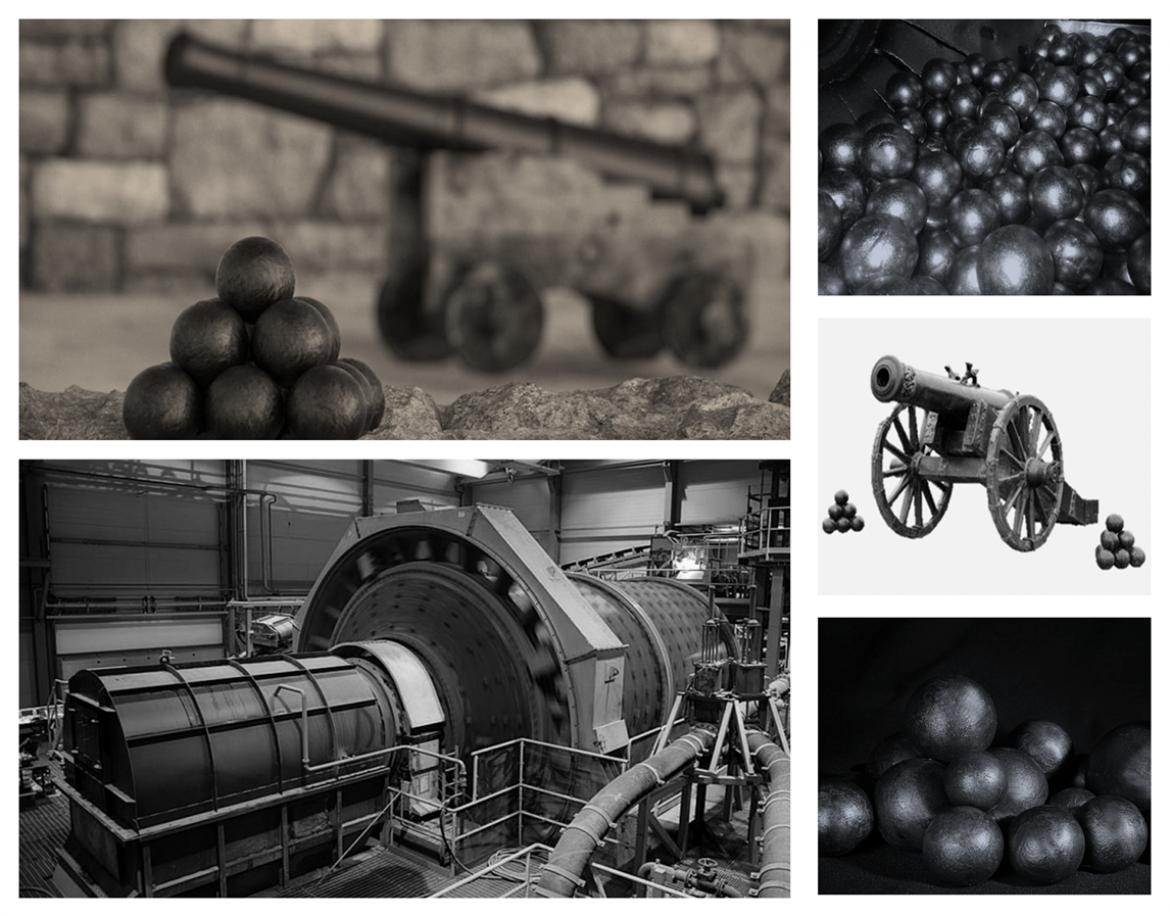 Have you ever wondered how the process of grinding occurred in the 17th and 18th centuries? It was at this time, according to historians, the industry of mineral processing was emerging. Which grinding media were the first in use? What did the ball mills look like and what design?

By chance we came across a video in which the author came up with a very bold and interesting theory about this topic.

In short, according to the author, many of the cannons (especially large calibre – diameter of 100mm and above) are actually ball mills for grinding iron ore. All external and structural alterations of the mill drum were introduced already in the early 19th century and presented to the public as artillery pieces (cannons, mortars, etc.) of past eras.

Let’s face it, a rather bold assumption, and many specialists of the «enrichment» branch will take it as a joke.

About the grinding media. The first mention of steel grinding balls that we’ve found takes us back to 1633. The annual report of Ustyuzhno-Zhelezopolskiy plant (Novgorod Governorate) indicates that during that year they produced 422 tons of this production. This is more than 338,000 balls. They range in diameter from 47mm to 196mm. At the same time, unlike modern production, «step» in diameter was 5mm (nowadays the standard step of size of grinding balls is considered 10mm). It should be noted that in the report, the nomenclature indicates “kernels”, not “balls”, but analysis of the situation of those times showed that there was no combat in that year. Also, the erroneous classification is indicated by the large number of product diameters – from the military point of view, it is not rational to use kernels with so many sizes.

We will continue to share with interesting, perhaps some fantastic information about the history of the origin, development and use of steel grinding balls.