2018 is a big start of industrial tests. Industrial test №2 The comparison of specific consumption a steel grinding balls the fourth and fifth hardness groups. 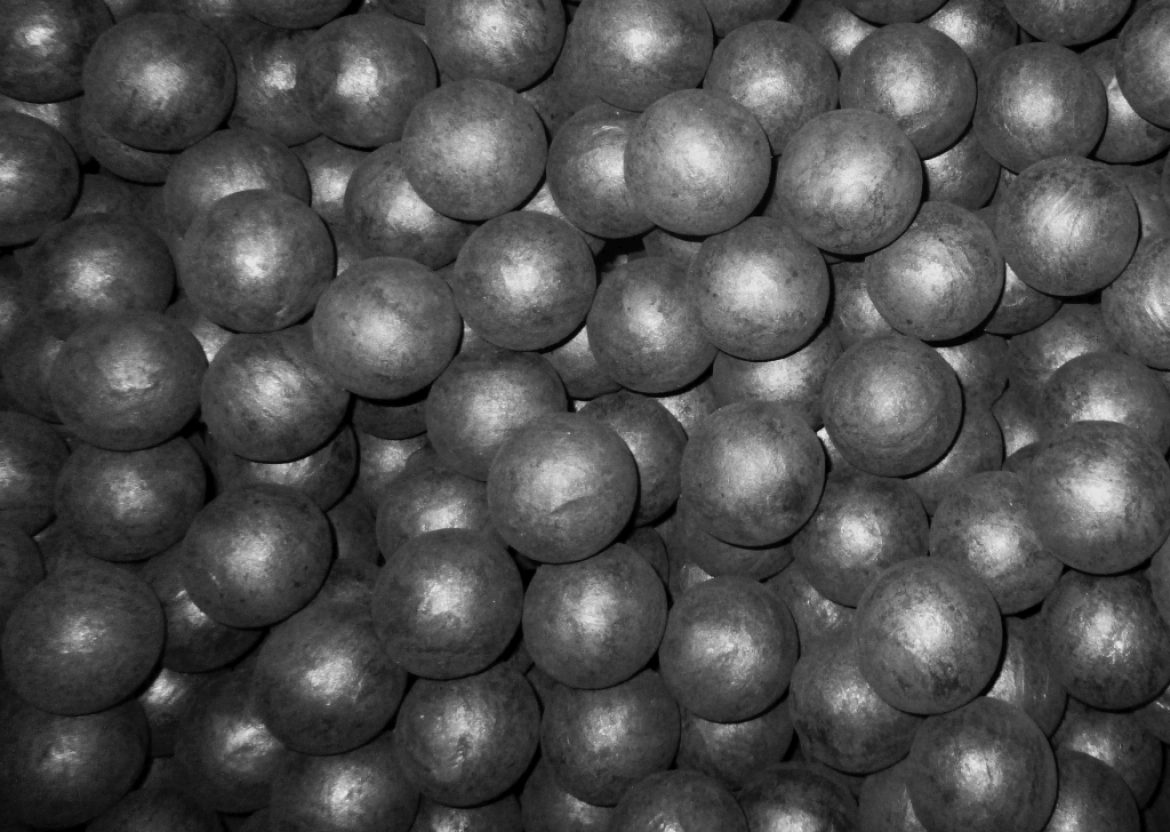 The mill stopped in mid-March. Instrumental measurement the mill filling degree by grinding media has conducted. Samples have taken for determination the grinding balls average diameter in the mill. The mill operation technological parameters have analyzed for the given period.

Approximately the 58-59 tons of grinding balls in the mill have determined according to calculations after instrumental measurement. A standard situation has arisen for this industrial test type — a short-term increase the grinding media consumption due to abrading the softer grinding balls by harder grinding balls.

The grinding balls split and uniform deterioration was not visually observed. This is also confirmed by normal all technological parameters of grinding process (productivity, quality grinding).

All the grinding balls were unloaded of mill and weighed, because the client started large-scale repair and preventive works at the production base in the middle of March (electro-mechanical equipment and components repair, armor plates replacement in the mill, etc.). Weighing showed the preliminary calculations based on instrumental measurements have been correct. The unloaded grinding balls had folded into big bags and have loaded back into the mill at the end of the repair work. This was necessary in order to save grind composition of grinding balls in the mill.

It was decided to load mill with the new grinding media to the norm and increase the mill’s productivity by 10%, after carrying out the above works. The main stage of industrial tests will start at the end of repair work serves as the end of replacement period.

We will continue to inform you about this industrial test in the future.