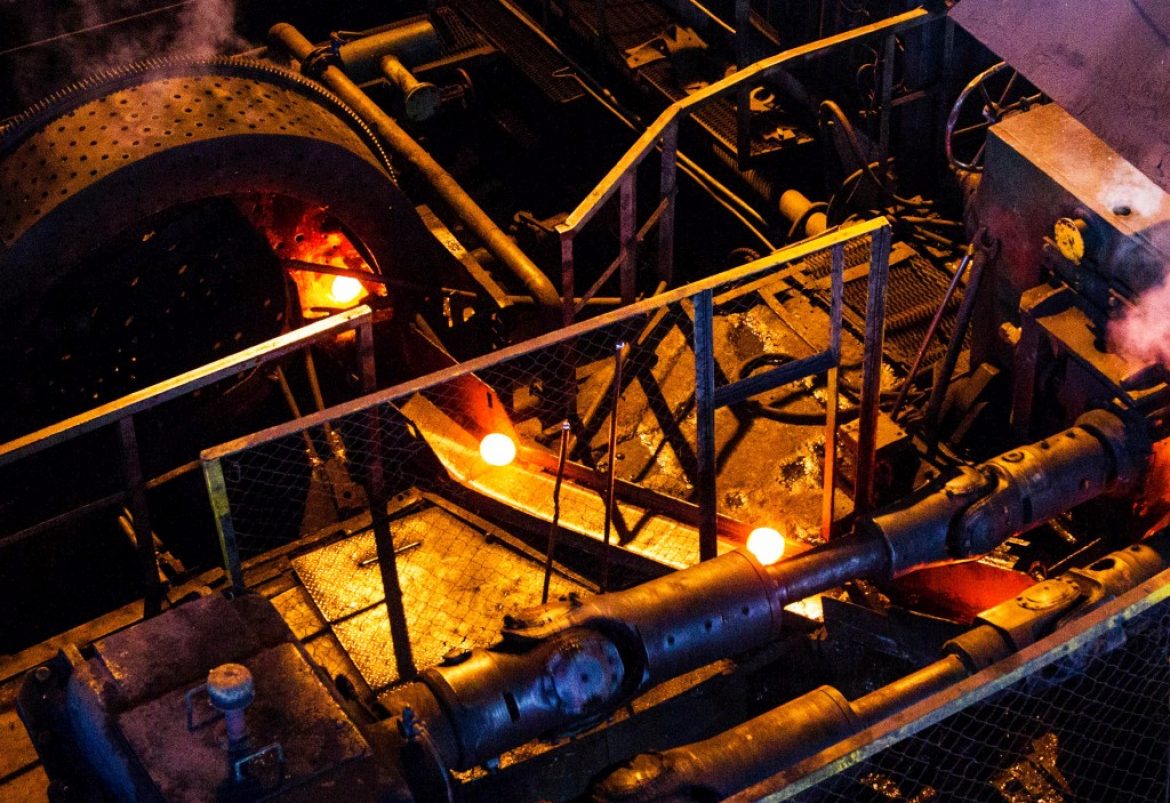 HTTT provides the austenite deforms in thermodynamic stability area and then conduct hardening for martensite. Low tempering follows after hardening.

The main aim of simple heat treatment is to exclude special heating for hardening from deformation (rolling) heating. Thanks to this, we get an economic effect.

HTTT main goal is to increase the steel mechanical properties. The martensite inherits the substructure of recrystallized austenite formed during hot deformation, under HTTT.

The most important HTTT advantage is its ability to increase the strength and resistance the cracks spread (fracture toughness) simultaneously.

The HTTT regime select in such a way, that the austenite needs to have a well-developed polygonized structure before the martensitic transformation commencement.

An optimal combination of temperature, degree, speed and deformation fractionality is necessary for each steel grade, product type and product diameter in order to obtain a developed polygonized austenite structure.

The hardening is necessary after the end of the carbonaceous and low-alloyed steels deformation in order to prevent static recrystallization and preserve the polygonized structure prior to the martensitic transformation commencement.