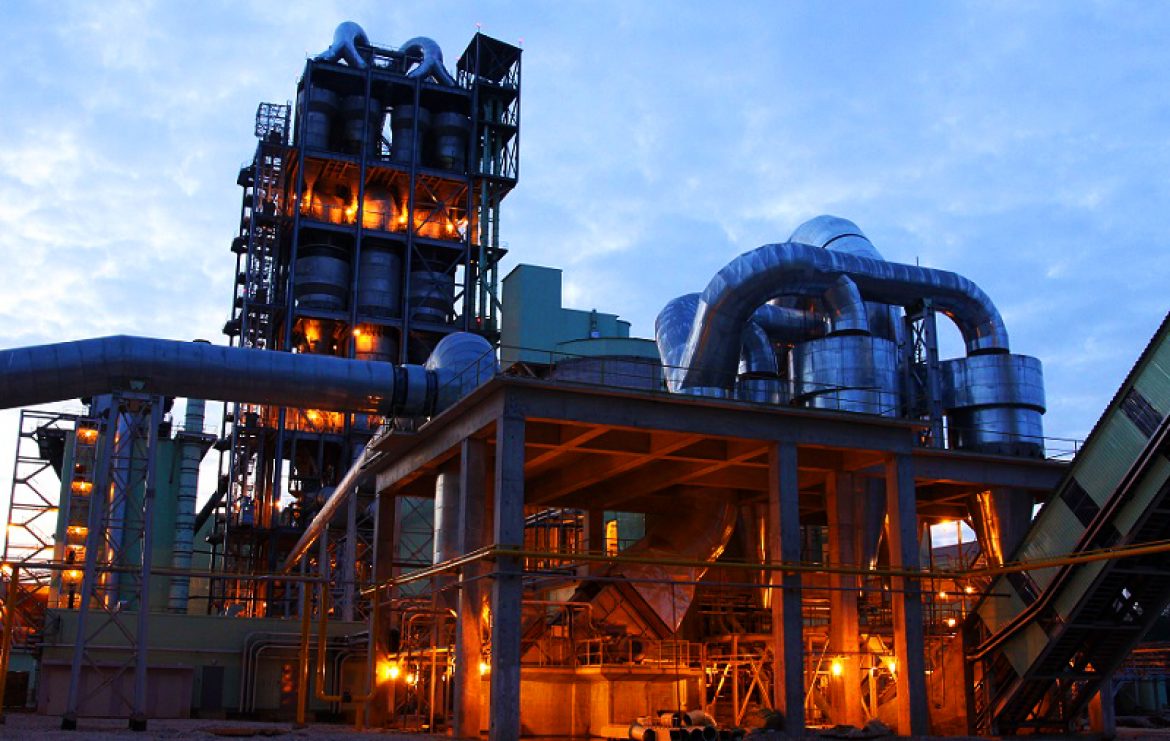 12 large enterprises represent Ukrainian cement industry. It should be noted, just only one plant belongs to Ukrainian equity.

Pipe mills use for clinker grinding also. The difference between the pipe mills and the raw mill is that the inner drum of raw mills divided on cameras by bars. Currently, most of mills are two-compartment mills, but sometimes you can meet three-compartment mills. The grinding media assembly is different in each compartment. Assembly consists of a 90mm, 80mm, 70mm, 60mm, 50mm steel grinding balls with fourth or fifth hardness groups (DSTU 3499-97) in the first chamber. Percentage of grinding balls size (diameter) in the assembly depends on a mill power and material hardness. The second chamber loaded 40mm, 30mm, 25mm, 20mm grinding balls with fourth or fifth hardness groups (DSTU 3499-97). Grinding media assembly in the second chamber is individual for each production. Cylpebs rarely used in the second chamber. As practice shows, majority of cement industry enterprises move away from cylpebs use and replace them on grinding balls. The 25mm, 20mm, 17mm steel grinding balls use in third camera of three-compartment mills. Grinding media produced of high-alloy steel or «white» cast iron (cast iron, wherein the carbon is in the bound form (Fe3C) and doped with chromium).

Both methodologies positively proved themselves in practice and currently use in some cement plants in Ukraine and CIS countries.