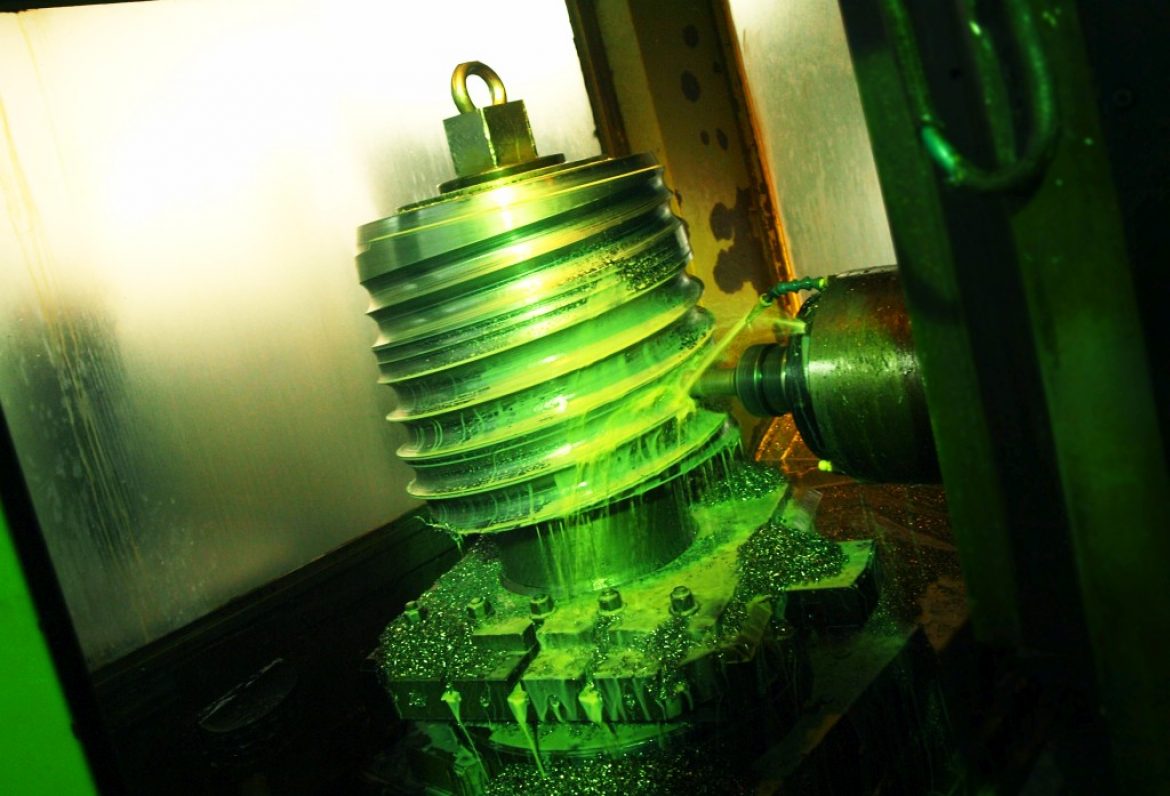 The main technological process in steel grinding balls production is a hot rolling in helical calibers (see Picture 1) by two rolling rollers (1) deployed on feed angle and rotating in the same direction. Rulers (3) hold billet (2) and grinding balls on the rolling axis. Helical streams (4) are cut into rolling rolls. Helical streams formed by helical flanges (5). The height and width of the helical springs increases during rolling. The round billet is material for grinding balls rolling and has diameter slightly smaller than rolling ball.

The rolling performed following way: the flange (5) grip the billet then rotated it and moved it along the rolling rolls gradually compressing the web (6) and formed the grinding ball (7). Grinding ball separates from the billet in end of forming section and protrudes from the calibrated gauge. 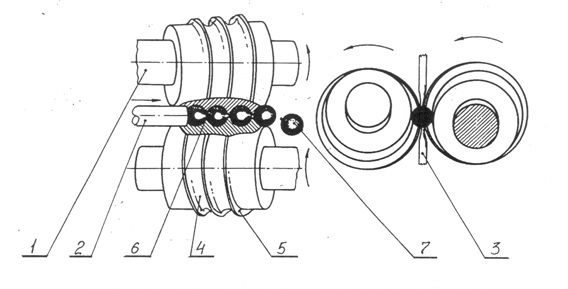 Streams and flanges hardness of the rolling rolls very important in grinding balls production and affects on products quality, so it must be controlled. Rolling rolls hardness control performed by combined hardness tester T-UD2.